Media Archives: Some of the stories about Moab Solutions that have appeared in the News

Please note: The Times-Independent shifted to subscription service only to view their stories. We are planning to upload them to this page so they can be accessed by anyone. Stories from the Moab Sun News can be viewed. Thanks!
2020
Fund Raising Results - Emergency Needs Fund​ Times-Independent
​2019
Death by Plastic
Doug McMurdo, The Times-Independent, September 19, 2019

My View, Moab Solutions celebrates 12 years and there s still so much more to do. Sara Melnicoff, Moab Times-Independent, July, 2016 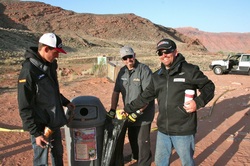 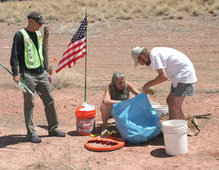 This front-page photo of Ken Milliken led to a reunion with his estranged family. During his 15-year absence, he lost two siblings and gained a grandson.

Moab students have recycling 'down to a science'. Judy Fahys The Salt Lake Tribune. 5/21/11.