Beverage bottle & can wasting in the US, year to date:

The above waste "counter" is from the Container Recycling Institute. It is based on a rate of 134 billion bottles & cans wasted (landfilled, incinerated and littered) in the United States in 2010.
Recycling tips for ordinary people
http://www.treehugger.com/htgg/how-to-go-green-recycling.html

PLASTIC BAG BANS SPREADING - Great information about the history of and damage caused by plastic bags and efforts being made to ban them. I have removed more than 60 plastic bags from one empty lot and am constantly taking them out of the creek. I want to see a mostly plastics free world! 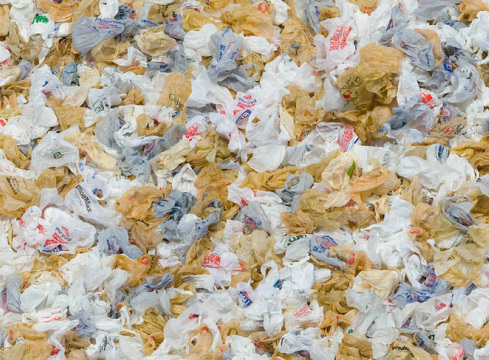 Lisa Jackson, former head of the EPA on recycling and water:

At 3 minutes and 54 seconds into this piece, during an appearance on the Dr. Oz show, Ms. Jackson explains why recycling is so important.  It is well worth a listen.

http://www.doctoroz.com/videos/water-safety-what-you-can-do
Bottle and can wasting and littering has more than doubled since 1990, from 71 billion units in 1990 to over 141 billion units in 2006. It’s still true that only one in three beverage containers are recycled in the U.S. each year. Of the containers that are recycled, nearly half of them (48%) come for the 11 states that have container deposit laws. The Institute will be updating the 2006 report soon.  From the Container Recycling Institute.

Regarding Recycling and Climate Change: In one year alone, if Americans were to recycle 85 percent of all the aluminum, steel, PET and HDPE plastic, and glass beverage bottles sold, [it would be] equivalent to taking an additional 2.3 million cars off the road. From an energy perspective, recycling more beverage containers would save the energy equivalent contained in nearly 2 billion gallons of gasoline. Compare that to the wildly popular “Cash for Clunkers” program, enacted in 2009, which only saved about 198 million gallons of gasoline a year, at a cost to the American taxpayers of $3 billion. In other words, a national container deposit law could have ten times the energy-savings impact of the Cash for Clunkers program, and uses no taxpayer money at all.
Recycling aluminum cans in the United States in 1996 saved enough energy to power a city the size of Philadelphia for one year.

from Container Recycling Institute, Jennifer Gitlitz, "Trashed Cans: The Global Environmental Impacts of Aluminum Can Wasting in America," 2002
Watch this short video to see how glass is remade into glass!

It takes approximately one million years for a glass bottle to break down at the landfill.

US glass recovery rate for 2000 was just more than 26 percent.

Used glass or "cullet" melts at a lower temperature than raw materials, reducing the demand for energy and lowering production costs.

The energy saved from recycling one wine bottle will operate a 100-watt light bulb for three hours.

Calculation, courtesy of Robert Kirby, manager for R & D, Sandhill Industries, June 2003
If all the cars on U.S. roads had properly inflated tires, it would save nearly 2 billion gallons of gasoline a year.
84% of a typical household's waste - including food scraps, yard waste, paper, cardboard, cans and bottles - can be recycled, but all too often isn't.