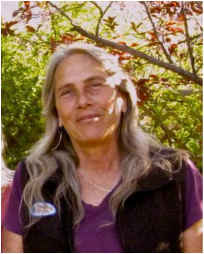 Sara Melnicoff discovered the joys of taking care of the land in 1994 when her life partner David Morgan took her on her first cleanup along the Animas River in Durango, Colorado. Since then, hundreds of thousands of pounds of trash and recycling have passed through her hands on the way to better places. Addicted to the "great feeling you get when you look back at an area you just cleaned," the cleanups increased in frequency over the years until they became a daily activity, and Moab Solutions was born. While conducting cleanups around Moab, Sara found homeless people living in camps along Mill Creek, and started working with them. With assistance from Moab Solutions, they are learning how to help themselves and are engaged in cleanup, restoration, and recycling activities throughout the community. One of Sara's favorite activities is working with the Mill Creek Partnership to improve the health of Mill Creek Canyon.

Prior to founding Moab Solutions, Sara worked as a legal secretary for a public defenders' office in Maryland, and then in D.C., where she saw firsthand the range of challenges that face people who are economically and educationally disadvantaged. This work was one of the inspirations for her interest in helping the homeless, as was her longtime partner David Morgan. 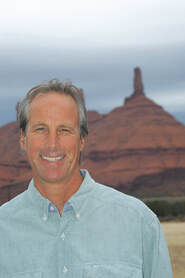 ​Dave Erley​ is a Canyonlands Watershed Council board member, a founding member of the Moab Area Watershed Partnership, and is a former two-term mayor of the Town of Castle Valley (2010-2017) where he has resided, and watched southern Utah issues, since 1991. He has worked for Utah Open Lands on private land conservation and for the Grand Canyon Trust on public land conservation. He received a Water and Soil Science degree from the University of California, Davis (’83), an MBA from Colorado University ('91), and graduated from the Climate Solutions University in how to make Grand County resilient to Climate Change ('10).
​ 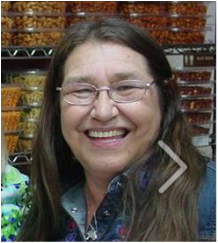 ​Robin Zank is one of a kind.  Her talents run deep and in many directions. She owned and ran a scratch bakery, Knave of Hearts, for decades, first in Vermont, then for a long stint in Point Reyes, CA, and finally in Moab, Utah. The bakery closed in 2008, and is sorely missed by all. Robin also puts her creative talents into sewing, painting, and making gorgeous multi-media pieces of art. Robin now works at the Community Closet, a thrift store in Livingston, Montana. During her tenure, she has more than doubled the store's revenues through her great customer relations and her retail experience. Her devotion to reuse is an embodiment of one of Moab Solutions' core goals.  Everybody loves Robin. She has been a steadfast supporter of Moab Solutions since the earliest days when the group was just an idea. She remains a loyal and invaluable supporter.
In Memoriam

​My dear friend, long time board member, and partner in "grime", Carol Hoggard, peacefully slipped from this world to the next on July 5, 2019. Her loving daughter Patti was at her side. Carol always saw the good in people, and because of that, she brought out the good in people.

We met in 2002 and walked hundreds of miles together on the highways and byways of the area, removing trash and recycling from the land. She and I spent a lot of time pulling recycling from trash cans and dumpsters, and servicing free recycling bins we installed at the ball park, the Old Spanish Trail Arena, and other places. David Morgan was usually right there with us on that.

Carol served on our board and lent Moab Solutions the respectability we needed in the early days to try to get our zero waste, cleanup, and recycling messages across to our beloved community.

Carol volunteered everywhere in the community, from Seekhaven to the Arts Festival. She was a tutor and a mentor for Grand Area Mentoring. She was a hospice volunteer, and would, at the drop of a hat, do whatever was needed to help out anyone in need. She was inspirational.

I love you Carol, and was honored to know you.
​ 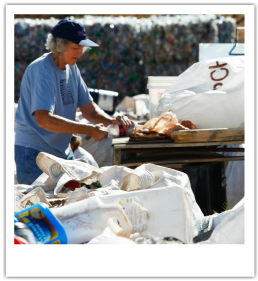 Sorting at the recycle center.
Carol Hoggard was born and raised in California. A graduate of Northern Arizona University (NAU) in Flagstaff, Carol taught elementary school for over 20 years. When she retired in 1996, she moved to Moab, and has been involved with a wide variety of volunteer activities since her husband's death in 2002. She’s been part of Moab Solutions since their beginning, because she supports their work to promote respect for the earth by not littering, and by reducing, reusing and recycling. Community service awards include: Woman of Achievement (2004), Silver Bowl Award for Grand County (2004), AARP Andrus Award for the state of Utah (2011).  Carol's generous reach extends across the community in countless ways and she is a treasured part of Moab Solutions. She teams up with Sara to rescue recycling from the trash.

Enjoy the slide show below highlighting some of Carol's best moments.
Past Members 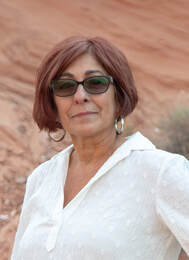 ​
​Lenore Beeson hails from the Bronx, but made Moab her home over 27 years ago. She has been a realtor since July of 1993. Her philosophy on real estate is simple - be honest, be fair, and work diligently with her buyer or seller to achieve the best possible result.
Lenore has a great love of the natural world. She also cares deeply about the plight of the homeless and other people in need, and about the welfare of our pet dogs and cats, as well as the wildlife living in our midst. Her love and concern has been reflected through the years in her work with organizations that focus attention on these very things.
Lenore has worked with Moab Solutions on many projects and happily agreed to serve on the board to help move the goals of the organization forward.

Lenore resigned from the board in August 2022, after serving as president and helping the organization move forward on multiple fronts. Thanks Lenore! 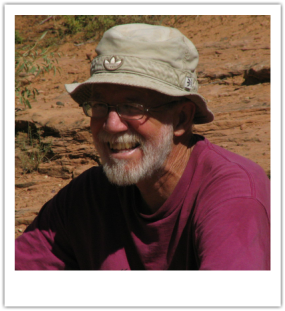 O'B. Out doing field work.
​Bob O’Brien taught sociology at California State University at San Bernardino from 1974 to 1981 and at the University of Oregon from 1981 to 2008.  He was Department Head for over half of those years of teaching and for three years at the University of Oregon was Associate Dean with oversight for the Social Sciences.  He served as Board Chair of Citizens for Public Accountability for five years (in Eugene Oregon) and as Interim Board Chair of Oregon Toxics Alliance (now Beyond Toxics).  As a member of the Willakenzie Planning Team, he helped create a neighborhood plan for the City of Eugene, as well as the "New Community Meeting," which bought together business owners, developers, and citizen activists in Eugene. He recently retired from teaching at the University of Oregon.

​​O'B resigned from the board in the summer of 2019, after serving multiple terms. Thank you for your service! 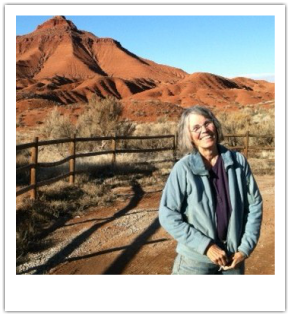 Mary. Outstanding in the field.
Mary O’Brien (Ph.D., botany) has been working for the Grand Canyon Trust since 2003, and currently serves as Utah Forests Program Director. She works with other conservation organizations to encourage the U.S. Forest Service to conserve wildlife habitat and native ecosystems on southern Utah’s three national forests (Dixie, Fishlake, and Manti-La Sal). She previously served as a staff scientist and organizer for toxics reform and conservation organizations including Northwest Coalition for Alternatives to Pesticides, Environmental Law Alliance Worldwide, Environmental Research Foundation, Science and Environmental Health Network, and Hells Canyon Preservation Council. From 1992-1994, she was an Assistant Professor (Public Interest Science and Environmental Advocacy) in the graduate University of Montana Environmental Studies Program. Mary's work has always focused on developing and proposing alternatives to be considered by public agency and public lands decisionmakers. Her book, Making Better Environmental Decisions: An Alternative to Risk Assessment (MIT Press 2000), provides numerous examples of the power of alternative proposals and assessments to leverage positive change.

Mary resigned from the board in November of 2019 after many years of service. Thank you Mary!